Expand Your Mind Through Travel Experiences

I've been blessed to be able to travel and live in many exiting places, sometimes at very magical times. From 2003 - 2010 I was in Buenos Aires, a time when expats and travels were organically being pulled to Buenos Aires. i ws a moment in time, like the West bank of pairs at the turn of the 19th century, Greenwich Village, NYC in the 60s, and Prague in the 80s.  Next came Mexico and then India, where I reside today.  Friends see me traveling around the world and tell me "Your life is like a movie," so we decided to turn it into one. So we're going to launch a travel-adventure web series and we want you to participate for as little as $2 a month. I've been a vagabonder since 2014 when I met and befriended a Colombian photojournalist. She'd been traveling solo -- or rather backpacking (they're different things I was to discover) --  since the age of sixteen. When she and I traveled to northern Argentina, we traveled by bus, hitchhiked, and walked.  It was amazing.


I've been in India now for four years and traveled a lot. I've seen some very cool places, and had some fun adventures, and now want to bring it to you, the viewer, in the form of a reality, adventure, historical and educational web series. I've posted photos and written about some of it on my Journey Through India blog. Goa on the edge of the arabian Sea, to the mountains of Munnar, and the Forests of Bandipur and the runins of Hampi, which you can view in my Collections on my G+ page. 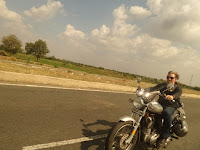 In 2015 I met Jordan, just by chance while he and friends were having coffee at my daily lunch spot. I felt inclined to play host to my American countrymen while they were in town, and arranged to take them by motorcycle to Mysore.  Jordan filmed the excursion. 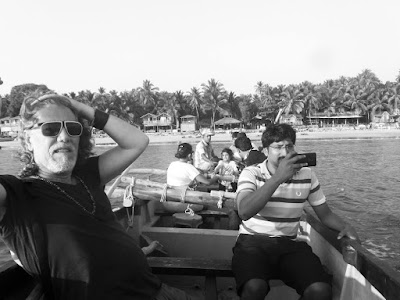 On February 27th I turn 60 years old and I'm not slowing down. I wanted a life challenge, and found it. In August I and my merry band of friends will ride to Dehli by motorcycle, and then endure a week's long ride to the highest and most dangerous road on the planet -- the roof of the world in the Himalayas.

Here are some photos of the area, a ride that draws bikers from around the world to pilgrimage the enduring ride to the top of the world. It is only reachable three months a year, as they are impassable the rest of the year due to snow. 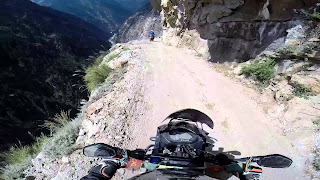 This will be part documentary, part reality show, part history and educational video, and part journalism log. In short, it will be fantastic, and you can vicariously tag along.

We're asking anyone that loves adventure, challenge, and living life to its fullest to become a patron of our web series for as little as $2 a month. That's only 20% of a pack a cigarettes! Come on, do it.

Don't you want to see if a 60 year old can endure the challenge of body, mind, and spirit to triumph over the elements? Sure you do.

Posted by mymoviewpicks at 4:39 AM