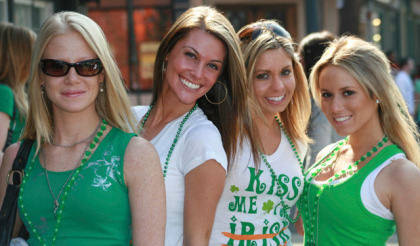 Today is the St. Patrick's Day Parade in New York City, and the streets were filled with a mix of race and culture, but they were all green.  Then, suddenly, it began to snow. But that didn't slow down the paraders or the spectators one bit.

The island of Manhattan [in New York City] is most likely (along with London) one of the two most culturally-diverse cities on the planet. And what is striking is that everyone, for the most part,  coexists together without tension or incident. I guess its the liberal live-and-let-live ideology we inherited by the New York settlers; the Dutch. 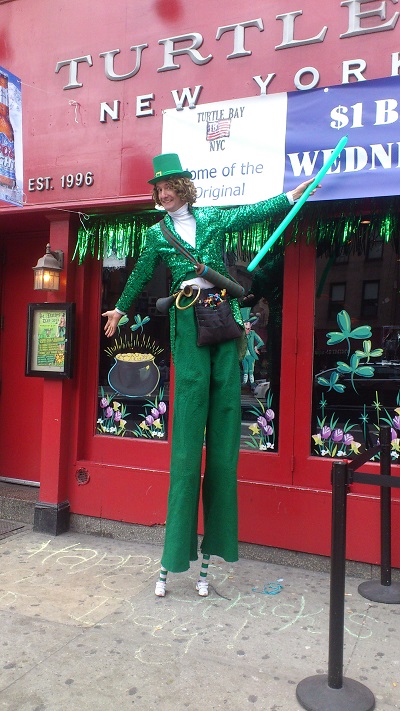 Watching all those revelers today reminded me of how easy-going the intercultural relationship is in this city. Then again, my most Irish friend Jim can find, or instigate Irish spirit anywhere -- even in Mexico, where is currently living.

With all the strife, religious and others conflicts, it would be nice if we could take the joyful mood everyone seems to be in on St. Patty's Day and extend it all year around.

World peace? Sure, I'd  I'll drink to that! And today, when drinking becomes a sport, I'm quite certain I could find lots of people to toast with me.  But, first I'm about to eat some Irish Stew.
Posted by mymoviewpicks at 6:49 PM